An animation technique where flat shapes, generally cut from paper, cardboard, plastic, etc., are photographed in a series of poses against a flat background. For example, the original short film featuring the characters from South Park (1997-), The Spirit of Christmas (1992), was produced using paper cutout animation. The South Park series episodes are produced using computer animation that has been designed to replicate the look of the original paper cutout animation. 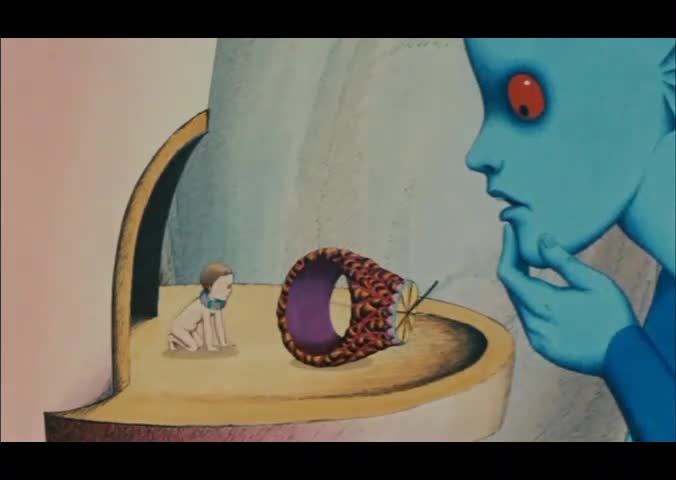 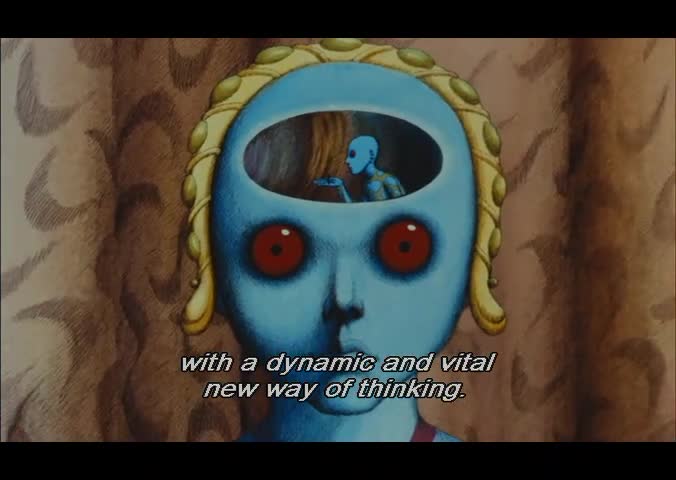 The Oms and the Draggs settle their conflict and live in co-existence. 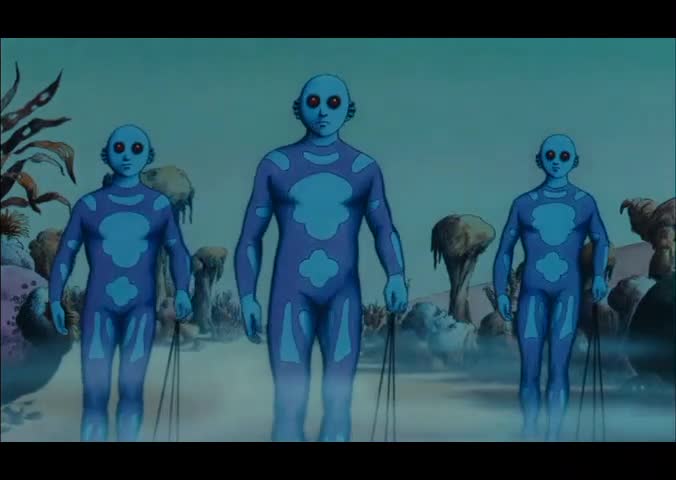 As the Draggs begin their mission to eradicate the Oms, Terr (Jean Valmont) and a few others escape. 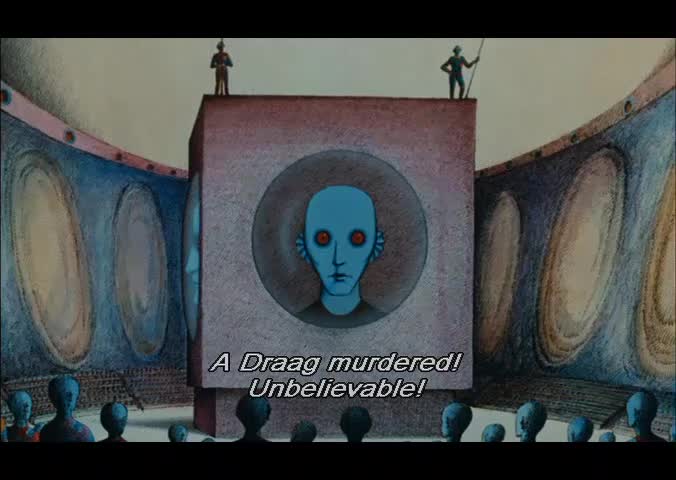 Master Sinh (Jean Topart) and other Dragg leaders discuss how to deal with the Oms. 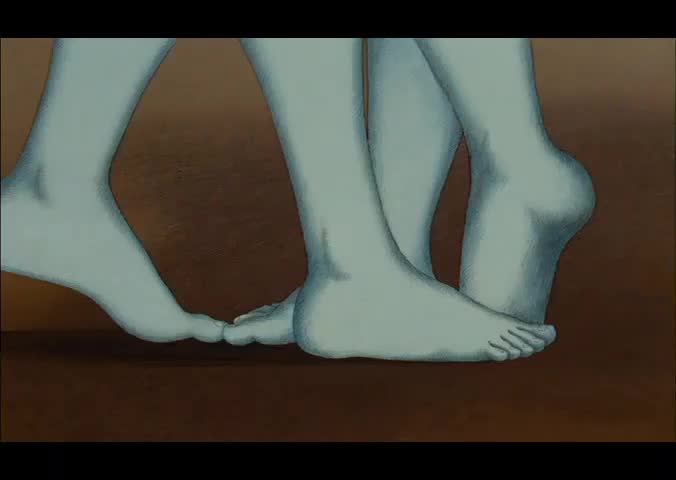 In their escape from the de-Omization, the Oms reach the Wild Planet and discover the Draggs’ weakness. 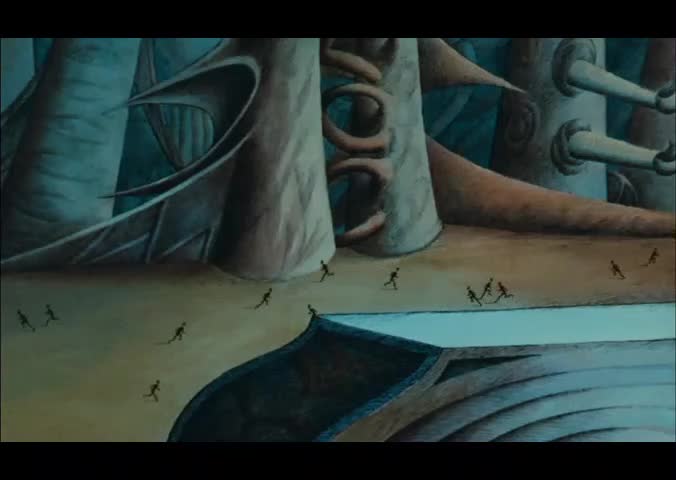 After the Terr (Jean Valmont) and the Oms develop a civilization and work towards their goal of extraterrestrial exploration, they are discovered by the Draggs once more. 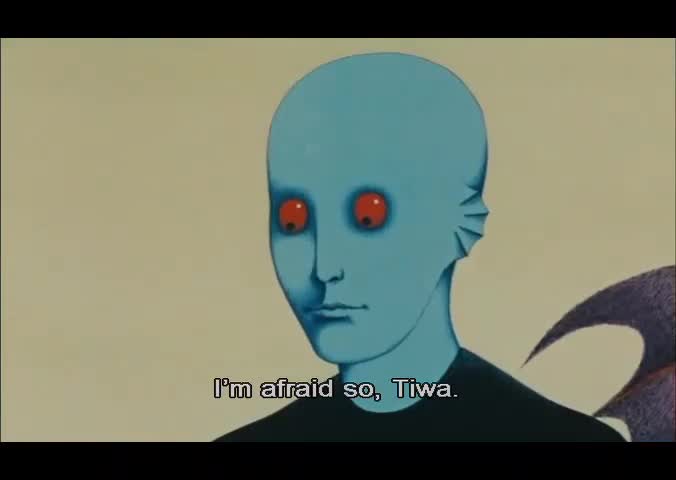 Terr (Jean Valmont), an infant Om, is orphaned and brought under the care of two Draggs, Tiwa (Jennifer Drake) and her father Master Sinh (Jean Topart). 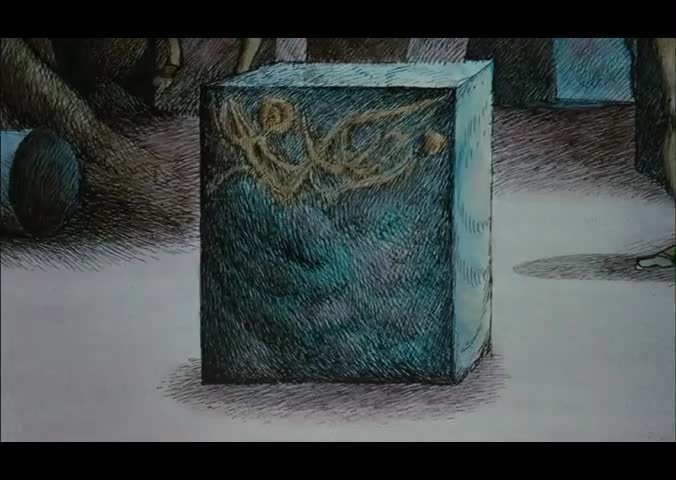 Terr and the Headset of Knowledge, Fantastic Planet 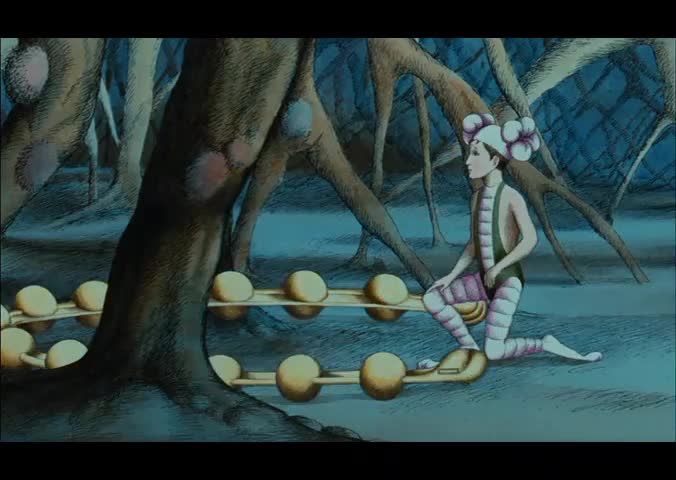 Terr (Jean Valmont) runs away from Tiwa (Jennifer Drake) and another Om frees him from his collar. 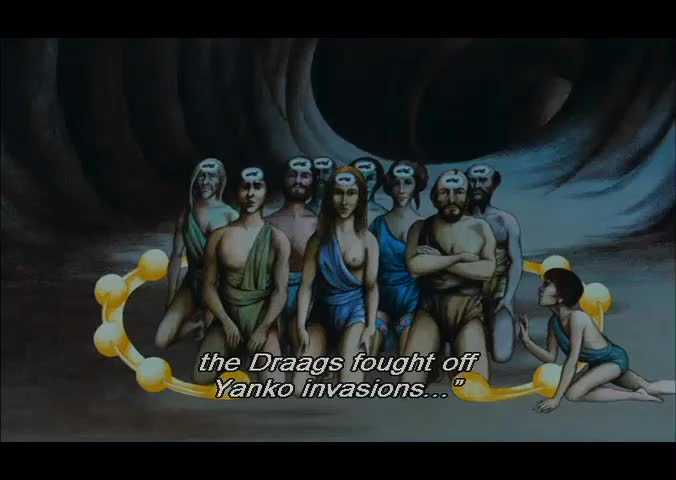 The Oms are Learning, Fantastic Planet

By sharing his knowledge of Dragg civilization and helping to fight off threatening monsters, Terr (Jean Valmont) becomes accepted as part the Om community. 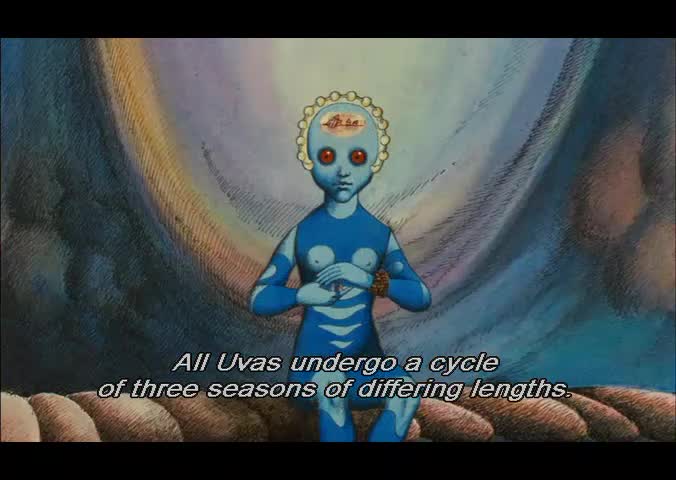