1. When the sound intentionally does not match the picture. For example, one sees a group of reporters shouting questions at a celebrity but hears a pack of barking dogs, one hears an actor speaking but sees a different actor responding, or one hears the sounds of unseen automobile traffic. This is an aesthetic choice and does not mean that the sound is out of sync. 2. Sound unintentionally out of sync with the picture. Usually the result of bad sound editing, an improperly prepared composite print, or issues with projection. In the most obvious cases, dialogue will not match the actors’ lip movements. 3. Sound from one scene played over the action from another scene. This includes hearing the sound from the next shot or scene (a sort of foreshadowing or sound advance), from the prior shot or scene (a sort of audio flashback), or a character's recollections from the present during an actual flashback or flash-forward scene. 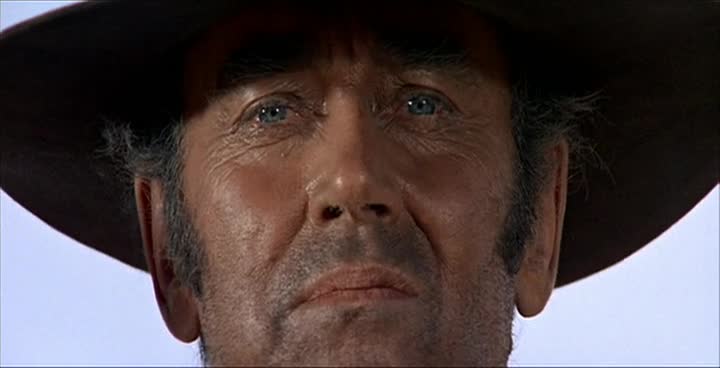 A Man Named Frank, Once Upon a Time in the West

Brett McBain (Frank Wolff) and his children prepare a feast for their new mother which is interrupted by a group of men led by Frank (Henry Fonda). 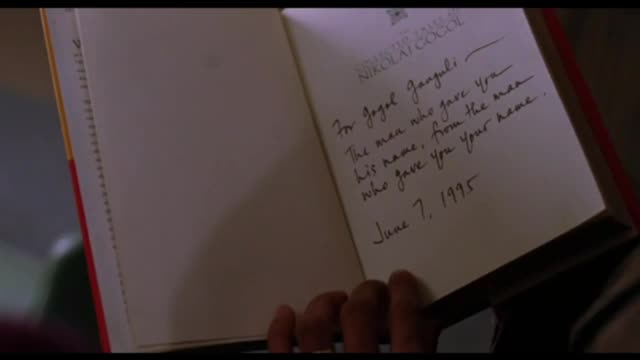 Nick/Gogol (Kal Penn) attends a going-away party for his mother, Ashima (Tabu), who is departing for India. He visits his childhood bedroom and discovers the Nikolai Gogol book that his father, Ashoke (Irrfan Khan) has gifted him, and speaks with his mother about his wife, Moushumi's (Zuleikha Robinson) affair. 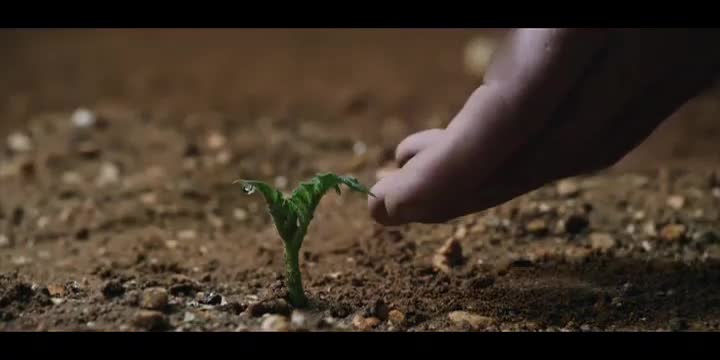 Using his knowledge as a botanist, Mark (Matt Damon) thinks of a way to generate water for agriculture and sees his first potato plant sprout. 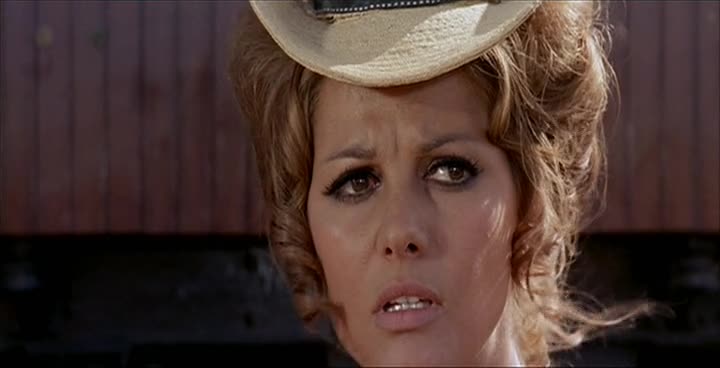 Jill, Once Upon a Time in the West

Jill (Claudia Cardinale) arrives in Flagstone and finds no one there to meet her.

Klan vs Ron vs Police, BlacKkKlansman

Ron Stallworth (John David Washington) runs to stop Connie Kendrickson (Ashlie Atkinson) from bombing Patrice Dumas's (Laura Harrier) home. Ron gets stopped by the police for catching Connie and unknowingly, Felix kills himself, Ivanhoe, and Walker by pressing the button to the bomb while parked right next to the car.

Civil Rights leader Kwame Ture (Corey Hawkins) recites a speech at a local rally hosted by the Black Student Union. Ron Stallworth (John David Washington) attends, going in undercover on behalf of the police as Philip Zimmerman (Adam Driver) and Jimmy Creek (Michael Buscemi) listen in. Ture speaks on the need to embrace Blackness and Black beauty, police brutality, opposition to the Vietnam war, and the fight for racial equality.

Jerome Turner (Harry Belafonte) recounts the lynching of Jesse Washington at a Civil Rights rally as it is cross cut with Philip Zimmerman's (Adam Driver) - posing as a white version of Ron Stallworth (John David Washington) - induction into the KKK. Turner describes in detail the murder and we go back and forth between this and David Duke's (Topher Grace) white nationalist speech. All the while, Stallworth is watching the induction ceremony happen from a window.

Paula (Naomie Harris) urges Chiron (Ashton Sanders) to give her money to support her drug habit. 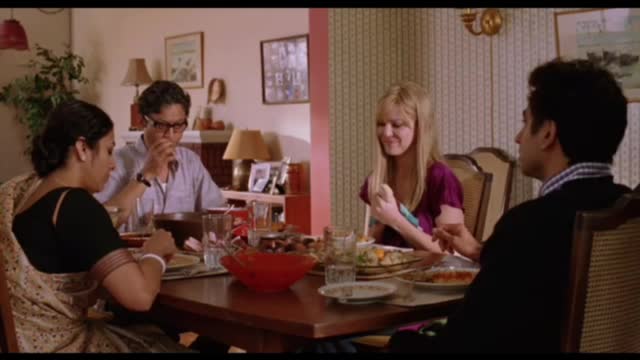 Nick/Gogol Learns About His Name, The Namesake

This scene introduces the viewer to the city of Mumbai and the prevalence of crime in this city through a montage of the people of Mumbai in their daily life (work, crime, policing, etc.) before honing in on Satya’s story 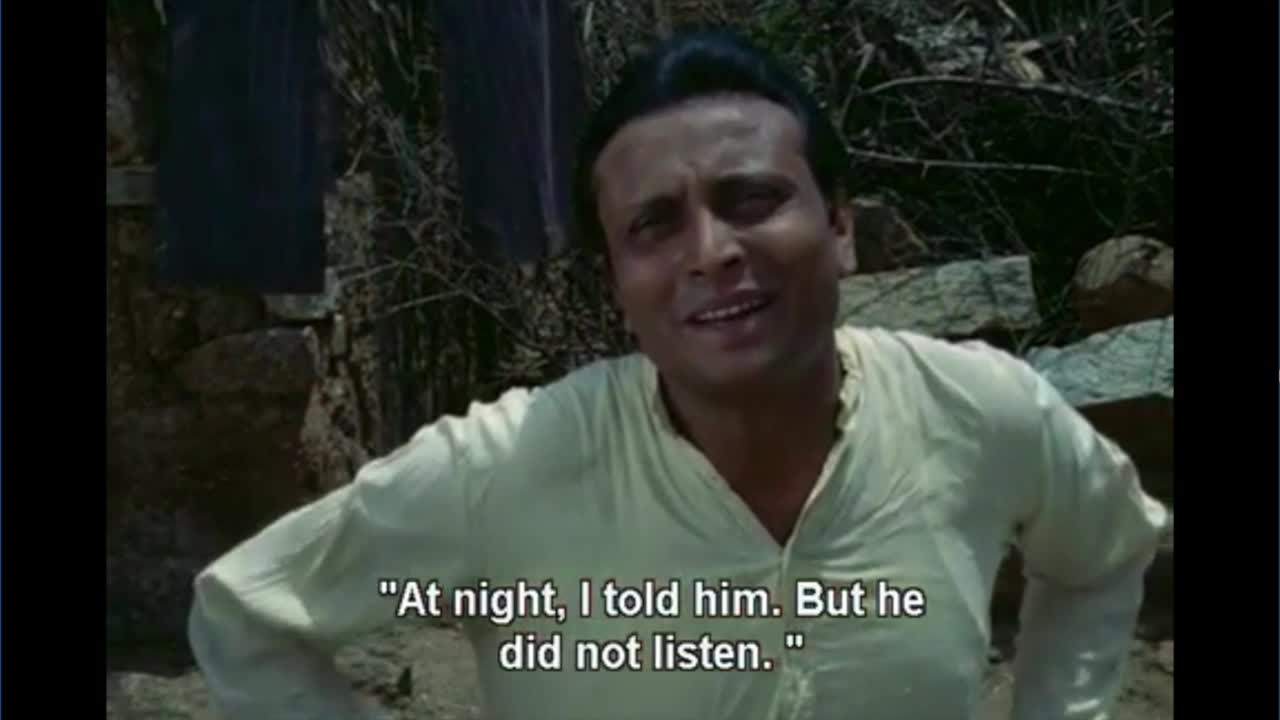 Shame On You!, Ankur

After “winning" another man's wife in a card game the night before, the winner goes to retrieve his prize, but the wife refuses, casting shame on both the men and in effect challenging patriarchal structures.

You Don't Have to Be the Bad Guy, The Lego Movie

The Man Upstairs (Will Ferrell) forgives Finn (Jadon Sand) for playing with his Legos while Emmet (Chris Pratt) convinces Lord Business (Will Ferrell) to put the piece of resistance on the Kragle.